The eighth annual class of the IBA Hot 100 represents the top insurance leaders in the US in 2023, featuring the best in the industry across all specialties and markets. These are the people who have influenced, driven initiatives, and plotted the course of the sector over the past 12 months.

So, what distinguishes these leaders from the rest?

“Your ego is not your amigo”

Another member of this year’s Hot 100 is Curtis Barton, who joined his father in the industry back in 1997.

He pursued a wide range of avenues, such as immersing himself in the middle-market commercial sector, doing a lot of alternative risk programs, and establishing himself as a leading salesman.

And he has maintained that attitude. “Your ego is not your amigo,” explains Barton. “I love that line. I think that means a lot. When they get some success, people tend to get overly proud of themselves, and it clouds their judgment. So, just don’t let your ego get involved. Do what’s right. If you do what’s right consistently, good things will happen.”

Barton has proactively carved out a career. He placed up to 150 cold calls a day to create a book of business that was sustainable. He dealt with the collapse of the construction market in 2008. And he orchestrated the merger of seven friends’ businesses to ultimately create ALKEME Insurance.

Now, as CEO of ALKEME Insurance, he oversees a run-rate revenue of close to $100 million, maintains a 94% employee retention rate, and enjoys 13.3% organic growth. “The KPIs [key performance indicators] are there,” he says. “We’re doing a good job of growing 70% of our business in middle-market commercial.”

One of his colleagues says, “As CEO, he has guided the organization through 15 acquisitions while maintaining double-digit growth. He expanded operations to five additional states. He developed and launched two significant tech plays in a digital MGA with five programs called Brokkrr Insurance Services.”

Barton pinpoints two factors that have enabled him to make his mark.

“First, let your people know you’re in the boat with them rowing – you’re willing to do whatever you’re asking them to do. Second, have vision. It’s being able to see beyond the next movie and really look downstream and say, ‘What issues are going to face me in the next 10 years or the next five years?’”

What would he say to others eager to build a reputation in the industry? “Go around and talk to people in your office – other producers – shadow them, learn from them, and take what you want and leave behind what you don’t want and start to form your own path forward,” says Barton. “And we’ve always been niche-focused – that’s the winner. If you’re going to be in this business, you have to be proficient and efficient at what you do. As a salesperson, you need something to differentiate yourself right from the get-go.

“Ultimately, get good at what you do. Start with education first. Put out a lot of content, content, content. And once people start to see you’re a leader and have a sphere of influence within that space, they’ll start coming to you, and the job gets a lot easier.” 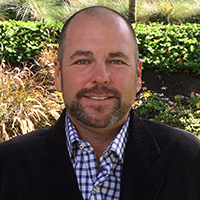 Shoot us your name and email and we will be in touch to answer any and all of your questions!